English talk carried out by one man, Rupert (from Firewalk Theatre), at school on January 9th, 2013. 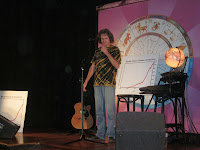 These are some of their opinions. 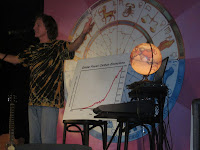 The talk was about the cycles of the world. He spoke about the sun, the earth, the horoscope symbols. And he thinks that it was such a strange thing that people from different places think that the life will finish. I really liked the talk because I learnt new things, and although it was boring he sometimes did funny things and sang enjoyable songs. When the talk finished some people said that it was very boring, whereas I didn’t find it at all boring.
ARENE PÉREZ (4.A) 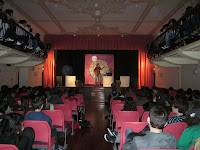 In my opinion the talk was interesting, but my seat wasn’t in a good situation, so I didn’t feel comfortable. The songs were well chosen and we got away from monotony.  In addition, his pronunciation was quite good and if you didn’t know the meaning of a word, he’d tell it again but in Spanish. The rate of speech was very good too.
MARKEL GALLEGO (4.A) 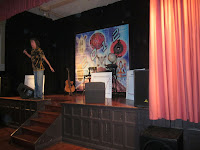 The talk was about the earth, the horoscope and the relation between these two. The guy was really funny and the songs were well chosen for teenagers. I knew all the songs he sang, so I enjoyed it, and the talk was easy to understand because he talked very clear English.
XABI GARCIA (4.A) 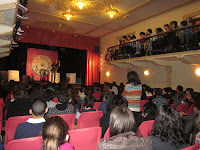 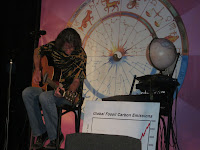