Last Monday, Mark, from Burlighton, came to give some “Culture Talks”. Second year students went to the Main Hall, where they enjoyed a very interesting and interactive talk about England and their culture. These are some of the students’ opinions:

This Monday one boy came to talk about the British culture. The name of the boy is Mark and he is very pleasant. The British culture is very interesting and I paid attention. Mark was very intelligent and funny. We played a game and then he gave pens.
M. J.  2.A

On Monday a boy called Mark came to the Main Hall. He gave a talk about the British culture. We answered the questions about his culture. I liked that we answered with a b c d.
Sandra Hernandez 2.A

Last Monday a man called Mark came and talked to us about London and its culture. I liked it so much because I love London and I’m so interested in its culture. Mark was so funny and nice.

On Monday a man came. His name was Mark. Mark talked about the UK. I didn’t understand a lot, but the explanation about the UK was very interesting.
Paula Sastre 2.B 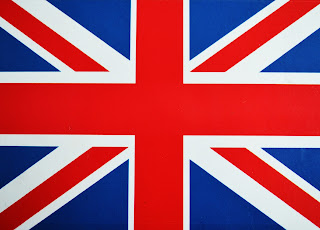 He came on Monday to the Main Hall. His name was Mark. He talked about England. I liked it because I like England and their traditions.
Bilal Oulad 2.B

On Monday Mark came to our school’s Main Hall. He talked about the English culture. I liked it because it was funny and he gave me a pen.