MUSEUM OF FINE ARTS AND GUGGENHEIM

This May again , a good time at the museums!!
In the Museum of Fine Arts we had a guided visit in English, and we saw some very interesting works of art made with recycled material.
Outside the Guggenheim, students were interviewing any tourist they saw. Here you have some photos and some of the students' reviews. 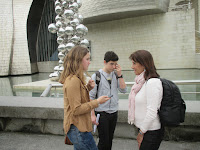 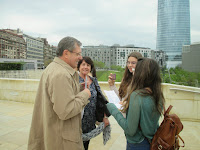 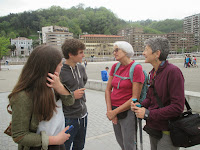 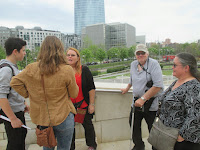 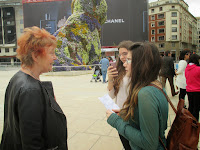 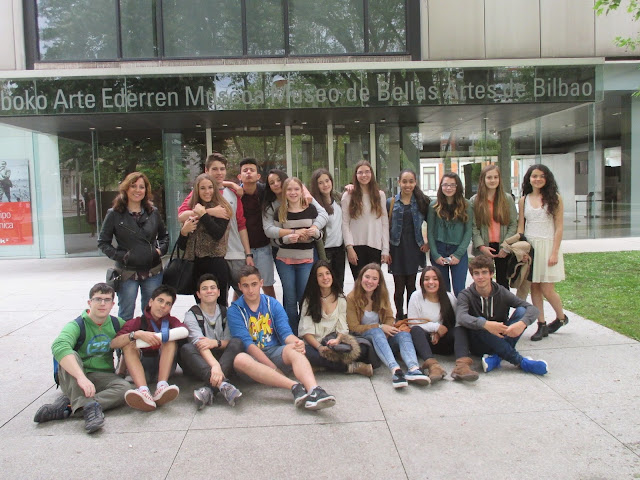 "I think that the outing was a fantastic idea to practise English and do a cultural activity. The art tour was good too."  By Nahia García (3B)

"It was funny, and also a good idea, because sometimes it is good to change and do different things. The only negative thing is that the art guide was bad. By Jone Cuevas (3B)

"I think that it was funny and it was a good idea to practise English. the people that we interviewed were very nice and friendly. The only negative thing is when we were at the Museum of Fine Arts. But it was very funny anyway." By Sarai Izquierdo (3B)

"The outing was fantastic. We had a great time." By Nahia Navascues (3B) 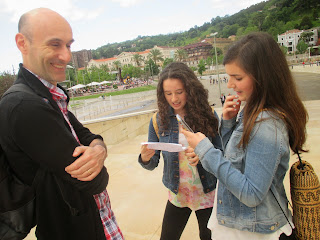 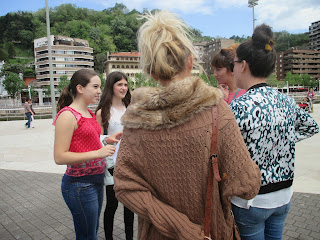 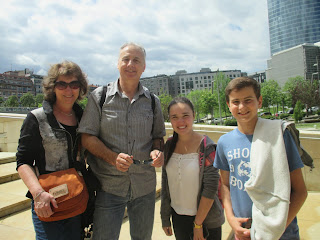 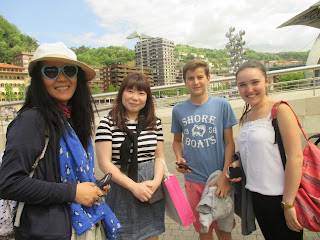 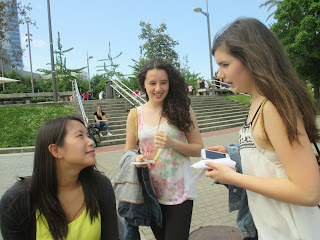 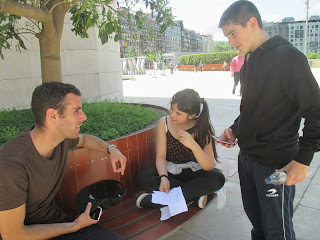 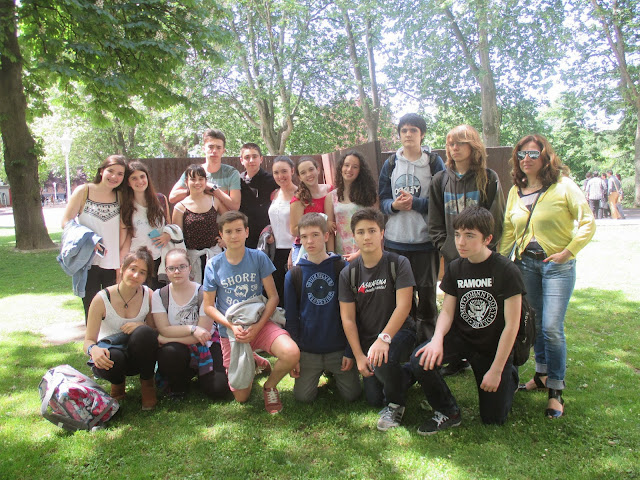 "I like when we went to the Guggenheim, it was funny. But in the museum I was bored and the girl didn't have a very good English level." By Iker Alonso (3C)

"The Guggenheim was funny because the people were funny and I enjoyed the museum." By Beñat Azkue (3C)

"I agree about two things. The museum was very interesting and I liked it. When we went to the Guggenheim it was very funny." By Angela Cacho (3C)

"At the Guggenheim museum I didn't have fun; at the museum of Fine Arts I got a little bored, but at the same time it was interesting. I prefer Fines Arts to Guggenheim." By Urtzi Calderon (3C)

"At the beginning I was very shy, but the guiris were very funny and they answered all our questions. All of them were French. It was a very good excursion." By Peru Lopategi (3C)